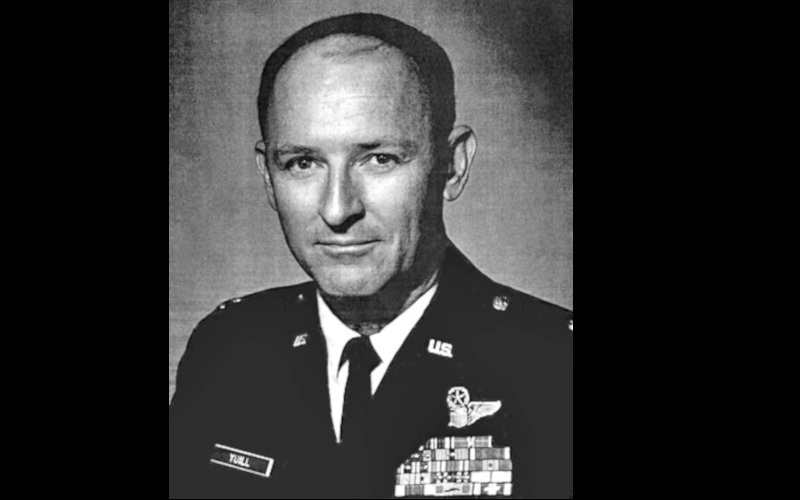 Lieutenant Colonel John H. Yuill distinguished himself by heroism while participating in aerial flight as a B-52 Aircraft Commander over Southeast Asia on 21 December 1972. On that date, Colonel Yuill participated in high-priority bombing missions against vital military targets in heavily-defended areas of North Vietnam. Despite the intensity of defensive reaction and the extreme hazards posed by numerous surface-to-air missiles and hostile interceptors, Colonel Yuill displayed courageous willingness to place the mission above his personal safety in directing his aircraft to a successful release of its ordnance on the designated target. The outstanding heroism and selfless devotion to duty displayed by Colonel Yuill reflect great credit upon himself and the United States Air Force.