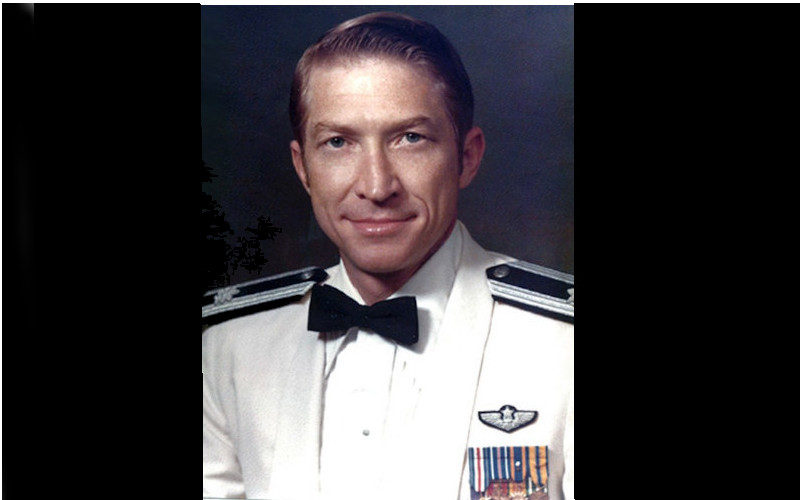 Major Dewey W. Waddell distinguished himself by gallantry in connection with military operations against an opposing armed force as an F-105 Pilot over North Vietnam on 5 July 1967. On that date, Major Waddell was a member of a flight of F-105s which attacked and destroyed a key hostile railroad yard. The target was defended by one of the most accurate concentrations of antiaircraft artillery in North Vietnam. Even though he received several direct hits from the deadly flak, Major Waddell continued his attack until he delivered his ordnance. By his gallantry and devotion to duty, Major Waddell has reflected great credit upon himself and the United States Air Force.