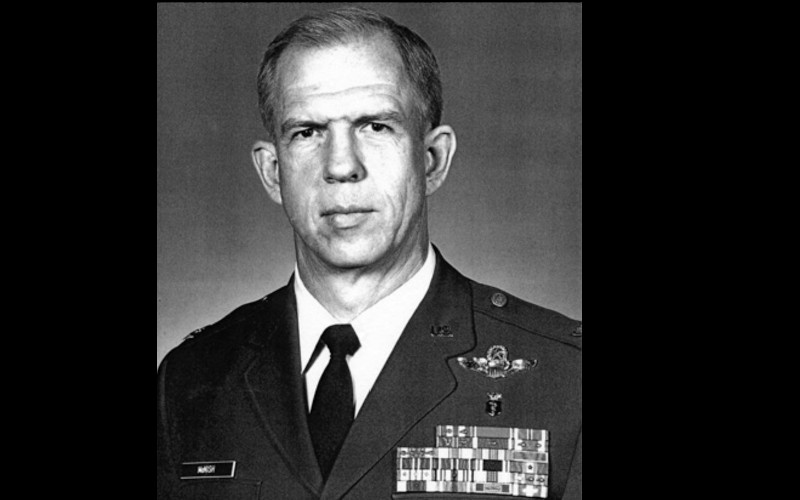 First Lieutenant Thomas M. McNish distinguished himself by gallantry in connection with military operations against opposing armed forces near Hanoi, North Vietnam, on 4 September 1966. On that date, as pilot of an F-105D Thunderchief, Lieutenant McNish was directed to destroy a large Petroleum Storage Facility used in support of the North Vietnamese aggressive policies. In the face of savage defensive artillery and missiles, Lieutenant McNish continued to press the attack and successfully delivered his weapons to destroy the assigned target. By his gallantry and devotion to duty, Lieutenant McNish has reflected great credit upon himself and the United States Air Force.