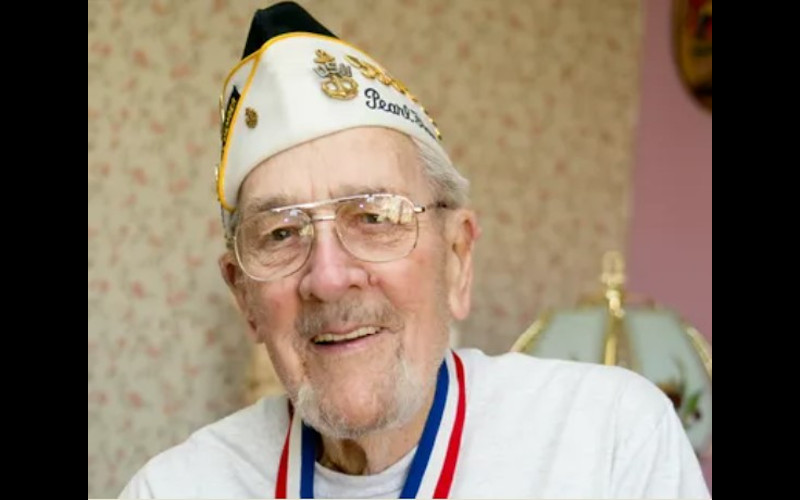 Will Lehner, of Stevens Point, Wisconsin was only 20 years old in 1941 and serving in the Navy, where he was assigned to the USS Ward. Patrolling the entrance to Pearl Harbor. Lehner, a mess cook and number four gun ammunition handler, spent the entire war aboard USS Ward, the ship credited with firing the first American shot during World War II.

At 0400, on the morning of Dec. 7, the Ward received a blinker signal from the Minesweeper Condor, “HAVE SIGHTED A SUBMERGED SUBMARINE ON A WESTERLY COURSE, SPEED NINE KNOTS.” Below deck, Lehner ran up to his battle station on the starboard side aft.