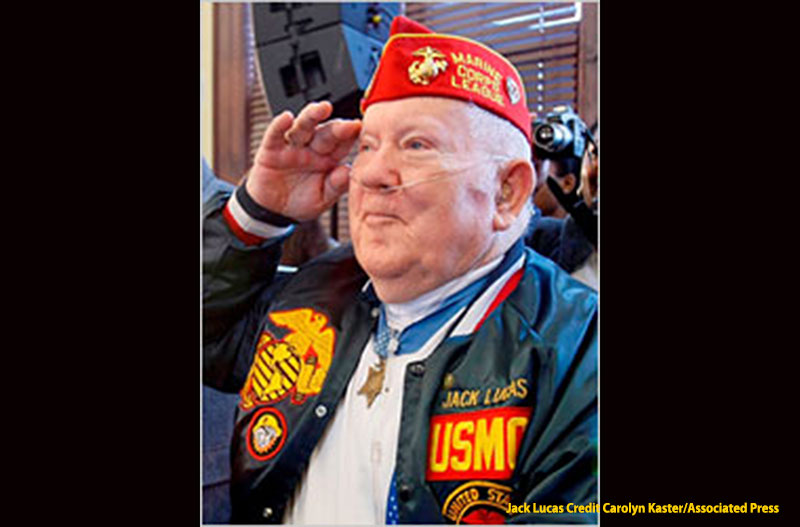 For conspicuous gallantry and intrepidity at the risk of his life above and beyond the call of duty while serving with the First Battalion, Twenty-sixth Marines, Fifth Marine Division, during action against enemy Japanese forces on Iwo Jima, Volcano Islands 20 February 1945. While creeping through a treacherous, twisting ravine which ran in close proximity to a fluid and uncertain front line on D-plus+1 Day, Private First Class Lucas and three other men were suddenly ambushed by a hostile patrol which savagely attacked with rifle fire and grenades. Quick to act when the lives of the small group were endangered by two grenades which landed directly in front of them, Private First Class Lucas unhesitatingly hurled himself over his comrades upon one grenade and pulled the other one under him, absorbing the whole blasting force of the explosions in his own body in order to shield his companions from the concussion and murderous flying fragments. By his inspiring action and valiant spirit of self-sacrifice, he not only protected his comrades from certain injury or possible death, but also enabled them to rout the Japanese patrol and continue the advance. His exceptionally courageous initiative and loyalty reflect the highest credit upon Private First Class Lucas and the United States Naval Service.