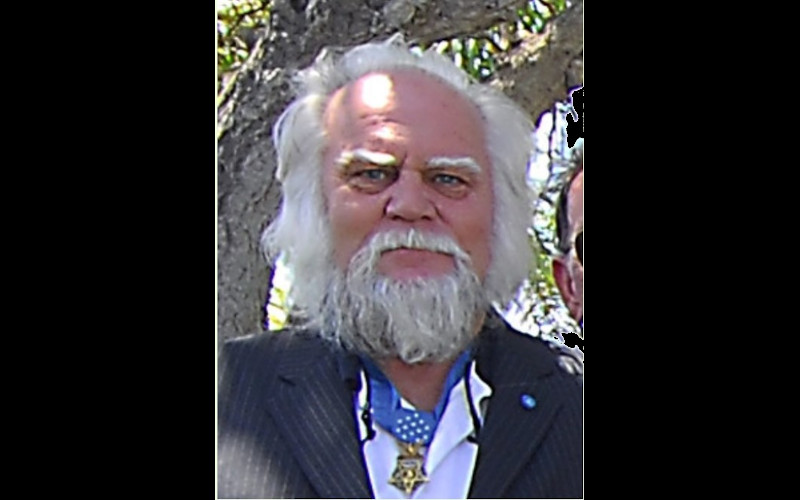 For conspicuous gallantry and intrepidity in action at the risk of his life above and beyond the call of duty. Sweeping through an area where an enemy ambush had occurred earlier, Sgt. Keller’s unit suddenly came under intense automatic weapons and small-arms fire from a number of enemy bunkers and numerous snipers in nearby trees. Sgt. Keller quickly moved to a position where he could fire at a bunker from which automatic fire was received, killing 1 Viet Cong who attempted to escape. Leaping to the top of a dike, he and a comrade charged the enemy bunkers, dangerously exposing themselves to the enemy fire. Armed with a light machine gun, Sgt. Keller and his comrade began a systematic assault on the enemy bunkers. While Sgt. Keller neutralized the fire from the first bunker with his machine gun, the other soldier threw in a hand grenade killing its occupant. Then he and the other soldier charged a second bunker, killing its occupant. A third bunker contained an automatic rifleman who had pinned down much of the friendly platoon. Again, with utter disregard for the fire directed to them, the 2 men charged, killing the enemy within. Continuing their attack, Sgt. Keller and his comrade assaulted 4 more bunkers, killing the enemy within. During their furious assault, Sgt. Keller and his comrade had been almost continuously exposed to intense sniper fire as the enemy desperately sought to stop their attack. The ferocity of their assault had carried the soldiers beyond the line of bunkers into the treeline, forcing snipers to flee. The 2 men gave immediate chase, driving the enemy away from the friendly unit. When his ammunition was exhausted, Sgt. Keller returned to the platoon to assist in the evacuation of the wounded. The 2-man assault had driven an enemy platoon from a well prepared position, accounted for numerous enemy dead, and prevented further friendly casualties. Sgt. Keller’s selfless heroism and indomitable fighting spirit saved the lives of many of his comrades and inflicted serious damage on the enemy. His acts were in keeping with the highest traditions of the military service and reflect great credit upon himself and the U.S. Army.