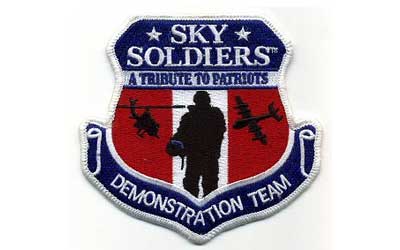 The AAHF is providing America an opportunity to hear its Veterans share their stories and see its military legacy in flight and in action.

It is absolutely amazing. Please share with everyone you know.
Phyllis Melancon - Kennar, LA
Chance Encounter with a Vietnam Veteran: This afternoon I had the distinct privilege of being in the presence of two Vietnam veterans.
Richard Courtney Sr. - Clinton, MS
The Trail of Honor allows you and your young ones to meet history, face to face.
Tom Jeffery - Jackson, MS
It was truly a moving experience and it brought a tear to my eye. God Bless America!!
Tina Hutchins-Dille - Adamsville, TN
There are more real live America heroes in this room than I have ever seen anywhere!
Glenda Sisk - Jackson, MS
Everything was Awesome! Talking to the Vets was a special honor. The reenactments were great..Nothing about it was not Good..Highly recommend.
Linda Lott - Jackson, MS
This celebration is absolutely wonderful and thank you for all the volunteers who helped in all the scenes.
Martha Stogner - Terry, MS
It's a special thing for all families to go see and experience. We have been twice and have enjoyed it so much.
Wendy Savoie - Osyka, MS
It's such a tribute to all America's military both past and present! Give yourself a real treat and stop by!
George Ward - Milton, FL
Copyright 2022, Trail of Honor Foundation.  All Rights Reserved. Site design by Mediagin Creative.